(pic above-Cover Art for Conversations with the Madre)
This is the second page in consciousazine.com

Dr bruce: conversations with madre (the mother) podcasts; my pondering:
"...lifes been about hope now dispair- theres no where to go.." ~bruce

and so earthers arise, we lay back on earth and into her... the surface virus holds itself in dispair..

im sure the madre sees the way through us, or at least its scanning through us with these big telescope eyes aimed of our planet.

the eye contact issue; we make less eye contact  these days, we should be able to make eye contact without discomfort. because people =bad... this is the surface virus this darkness.. has taken our best communication channel the eyes..

the fear.. is a disease, remember that scene in the movie apocalypto with the little girl.. and they say stay away she has the disease all uncompasionately.. but in some sense they were right on... its the fear, dispair the dark side.. the surface virus this ..beast...

when you are traumitized u cant feel... perpetual war is one thing truamatizing you, the machine the societal rhetoric the propoganda and dis information .. how can u think with perpetual war u r NOT being conditioned and traumatized? incorrect.  traumatized so deeply u dont even know.. your just in a state of shock or there's some kind of layer of trauama within your being u cannot pass back through if its too much, cant pass back through to feel again.. so u go cold so to speak.. u march of to work in dispair an hopelessness, u dont want that job u want to find your soul purpose..
we all know we are the madre, we are the planet.. theres no hiding this not with a billion rhetorics..

u are being trauma tized by this system and if u dont have any way to let this go or heal it thoroughly itl obviously build.. psychedelics adress letting go... psychedelics adress connection with madre the planatary oversoul and whatnot.the kundalini is aroused and flows through. psychedelics plant hallucinogens they adress connection with yourself and your soul and spirit and help u rise out of dispair and work through your trauma, and important note; let go. without going to see any money grubbing psychoanalyst quack.

oh some people still they willnt realize whats being said dont believe they r traumatized.. listen these religious sects repeat and yell and peer pressure! just as bad as drugies ? and persuade and force trauma onto you, holaring about dont do this or that because some other human said it ages ago.. yelling and creating powerful brain neural connection on every "praise jebus".. i mean this is just asking u to look and SEEK outside of yourself.. this will eventually traumatize most people.. into dispair, lostness... not sureness..
grabbing at your sovereign hope.. retching it away from you.. well again its interesting psychedelic plant hallucinogens   adress the going inside of oneself and re-powering ones self.

yeah.. in the words of popular 50 cent 'we can keep the drama popin" but do u really want to? when theres an easier ah more beneficial avenue .. right there.. at u.. u.. not even 1 meter away from u.. its u.. u cant heal your trauama by avoiding it.. this is why the indigo evolution is required.. for real healing.. not just a surface effect treatment.. dont go see the quack in the arm chair... dont even go see the shaman.. make yourself your own shaman..

theres aquote i saw the other day.. it read .. "i see humans.. but no humanity"
now this next sentence adresses this, but it will hit any brainwash of any sect; it goes to the core of being this is why...
so back to this quote.. well why so ? why ? why no humanity.. could it be because of soul less now i didnt say un souled i said soul LESS ...humans.. ? "organic portals"
i thinkso.. they have become the surface, even identified as the surface virus unconsciously they walk .. and in the words of jesus.. 'forgive them. they know not what they do..'

You have to train yourself, become a warrior~dr bruce.. re invigorate the hope in yourself.. meditation and psychedelics these sorts of things are indigo (in the ID go out of the surface Ego) techniques.. this is how u do this.. or u can walk lost in a circle over and over and over..
ascension is only stepping out of the cicular motion.. the upward escape.. (not speaking on the dimensional neunomonous post-threshold rapture of mundane plane higher dimensions meaning of ascension).


Pole Shifter: yes the worlds in a sad state im glad to see your keeping hope i totally agree we cant sit back and just complain we have to take action-sometimes i myself lose hope

Ben Couwenberg: yeh, we heading to despair atm, i can see it everywhere

but ur being popped, iv noticed (with myself), ah like change can be uncomfortable, an all those kind of quotes, but uno the dispair is good. to me it shows.. fucken finally! lol
cuz i been in despair for ages i started seeing how the world could be very early like 12 yrs as compared to how shit it is. so good to see others finally in despair and so hence soon will get off their ass and fix THEIR world. 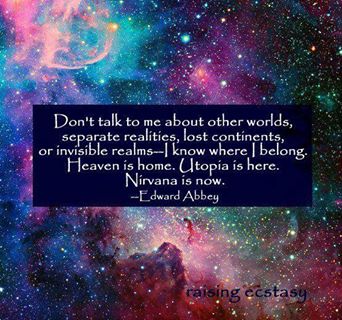 So whats funny is, i listened to this talk by dr bruce just  in 2013, and it was asif also in 2013 i saw the most cohered emotiivity of ah 'star seeds' to generalize, 'awakened people' yaty ya.. and i also created this the second page of all consciousazine.com pages.
So this despair thing.. dr bruce was right.. i really noticed it a couple months after listening (the last few weeks 22/09/2013), especially around the grand peace portal grand sextile 25/08/2013. There was all this stuff about letting go, mirrored in so many lives i saw! like i said more than i ever saw before, and i actually had the least FB friends i ever had after culling 2000 the months coming up before the culmination of the grand sextile; the energy seemed to be about releasing the old finally and coming into the new and beginning new.

Everyone was also trying to run.. i knew it after i listened to dr bruces talk.. i could see months ago from today 22/09/2013 he was right on. and so it has happened too.. "madre (GAIA) is in despair (and so hence open GAIAN pores "awakened people" dis identified with their ego), .. but then the realization, theres no where to run...

(asin no extra planets we can immediately move to and chill on identified, and everybody was trying to move over sea's here an there and trying to run and hook up with that 'soul mates' we currently for a few weeks or months felt ecstatic harmony with n thought we were in love with etc etc.. yea i was included.. it was asif soooo many the most i ever saw anyway were like harmonizing or going through the same general thing(S)) (yes S-had double meaning of kundalini madre light flow true also, apart from pluralization meaning) 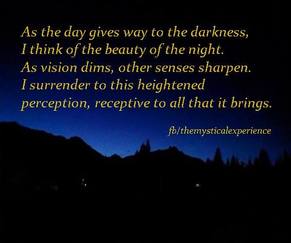